The final count down 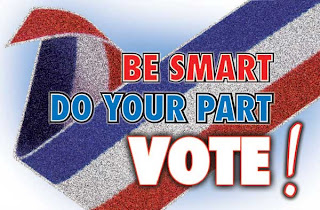 Just a few hours are left before the name of the new president of the world United States is announced. I might be lucky to be in the US during such a decisive moment of it history, although I know that I am unable to see the complete image, being a current resident of Michigan, a state known for its Democratic inclinations.

This image though has been a bit nuanced by the fact that, in Michigan, there are some fervent supporters of the Republican Party like those who lifted signs supporting McCain on the day of Obama’s speech here at MSU. But there are also a few encounters I made recently that made me see things from a different perspective.

Some of these people I am talking about are Americans, and some are foreigners, including some of Middle Eastern descent. What they believe is that the Republican policy is what is needed in the Middle East. It’s not that they are happy with the situation there, but that, according to them, the problem with Democrats is that they are “flexible”, and that solving some problems, like the Syrian presence is Lebanon and Saddam’s rule (both of which ended during Bush’s presidency) need “firm actions”, like those the Republicans, rather than the Democrats, are able to take.

On the other hand, other people from Middle Eastern origins and even some Americans still think that no matter what problems any country might have, the solution should come from the inside, and that the contribution of foreign countries, including influential ones like the United States of America, should take the shape of diplomatic efforts rather than military action, which only creates more violence and hatred.

In all cases, none of the two candidates can be said to be the absolutely perfect solution for the challenges facing US internal affairs and foreign policy, but I’m keeping my fingers crossed for Obama though, the candidate I personally think is more likely to make the right decisions...

In about 24 hours, a new four-year era will start, and the world will have to deal with it no matter who the new president is.

Meanwhile, have fun watching the Homer Simpson trying to exercise his right to vote :)