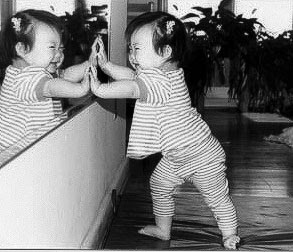 Open your eyes, you spammer!

This probably is something most people don’t do, but I am one of those who take a few seconds to read the titles of bulk messages before clearing the box. The reason why I developed this habit sounds logical. Sometimes emails which should normally go to your inbox are somehow sorted out as bulk messages and sent to the spam file. This explains why all email boxes have a “not spam” button which allows you to prevent this kind of mistakes to happen in the future with emails coming from the same sender.

But there’s another (rather crazy) reason why I read the titles of my junk emails before deleting them. The reason is that some of them make me laugh! There’s first that so silly kind of titles which is supposed to attract you like “your check is waiting” or “I have a secret to tell you”, and which seem implausible from the outset, especially that they are coming from names you never heard of before.

But sometimes coincidence helps those spammers a bit. Today for example, my bulk file included an email sent by someone called “Dr. Susanne”. So when I read this name, I stopped a little longer because I do know a Dr. Susanne, whom I met in a professional context and with whom I did have some slightly personal conversations. But our conversations could never have reached the stage that would make her send me an email saying: “This is why you’re fat”! lol

And then, the funniest of all are those endless male-oriented commercials about Viagra (and other related issues – I spare you all the other details :p). These emails don’t stop landing in my email box, although I am a woman!!!! Junk emails are sent randomly I guess, but the huge numbers of similar emails I receive make me wonder if it has anything to do with my name which presents no female sign. An “A” at the end of my name for example would officially announce, especially for non-Arabic speakers, that this kind of emails has nothing to do in my email box!

If advertising people ;) spend hours considering nuances of communication devices they use, trying to make them as perfectly adapted to the target audience as possible, then spam commercials are brilliantly… missing the mark!