Sort out your vocabulary

Cross out the words that scare me and don't...

Call things by their names.

Suddenly everybody became aware of all details around them. The mood people had that day, the way they replied on Valentine's Day wishes, the way they were dressed, phone rings, the tone of people's voice when they answer the phone, whether they talked about anything that would seem like an appointment… It can be funny (and sometimes annoying) how such occasions as V-day make people, whether they mean it or not, alert to any kind of signs and almost spying on each other!

V-day has come and reactions to it were different. Ranging from that of my newly married colleague who, until yesterday, was happily wondering what he was going to buy as a present for his wife, to that of the shopkeeper near my workplace who, being completely unaware of that “special” day, just replied “God forbid!!” on a client’s “Allah yzoujek” prayer:)

V-day has come while some people were impatiently waiting for it to give or receive presents, to express their love for an nth time or probably for the first time. Others had to put up with that imposed feast of love, although they made all possible efforts to forget about it; others just didn’t care about it. And others decided to replace the absence of one special person by sending wishes and presents to friends or relatives. 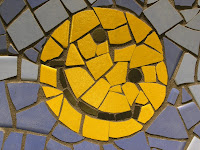 "Smile when you answer the phone; this will give the caller a good impression."

"When you put your blush wear a smile to define your cheekbones."

"Every morning in the corridor of your workplace greet people with a broad smile. This will help you start a beautiful day."

"If people try to annoy you, just smile at their face; they will understand that their efforts to spoil your day are useless."

"If you want to contradict someone, no matter how upsetting what they said is, express your opposing opinion with a smile. This will make them more receptive to your arguments."

"Smile when you take a picture. This will help you look beautiful and lively." .....

It Seems that we have turned smiles into a mere accessory we can put at strategically calculated moments.

Do we give real smiles any value at all???

Yesterday I walked on an acrobats’ wire, holding my breath not to fall.

Today I’m standing on a stage. Acting a play which I don’t believe at all... 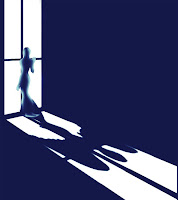 I’m not intelligent. I need ages to see the real face of things.

I’m not strong. I just hide the weakness my life brings.

I’m not optimistic. The bright sunshine just burns my wings.