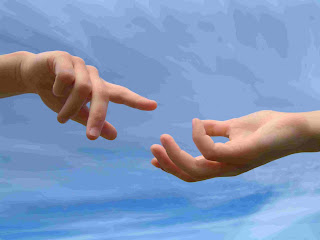 I’m more of a real life person. I am not created to see my dear ones from behind a screen. I’m a proud old-fashioned person that prefers touching a hand-written letter to reading untouchable words behind glass. Even videos, audios, emoticons and the most eloquent descriptions mean nothing compared to the real thing.

"Are you planning to go back to Morocco when you graduate?" Yes I am. Fortunately!
Posted by Kaoutar at 9:38 PM 1 comment:

Got some space in your fridge? Oh it's for my nerves!!

Now excuse me. How on earth can I keep my temper while almost every time I have to take a plane I have to go through additional screening!!! Why is it that most people go straight through ordinary security check and I am one of those very few who have to be double checked? Oh, the piece of cloth I’m wearing on my head?? When are these security people going to understand that terrorists are a bit more intelligent than showing up in an airport with one, a passport that shows that they are Arabs or Muslims, and two wearing Hijab or a beard!!! Hijab or a beard should be enough evidence that we’re hiding nothing, because it’s become a habit now that any Muslim woman with hijab or any Muslim man with a beard would be suspected.

Yeah “this is done for all the passengers’ security, including me”!. Yeah, whatever! Don’t worry about MY security, thank you. And if it were threatened, be sure that the threat is not coming from ME!

I’m mad at this system, but more at terrorists or whatever we can call them! Why do I have to pay for the mistakes of others?! And since when destruction was a way to change things, except if they will change for the worse.

Anyway if anything can be confirmed now, it must be the fact that writing can help you feel better sometimes. I’m still in that airport and am not looking forward to another double check during the remaining flights I have over the coming few days. But still. It took me a colossal effort to hide my anger. Tip number one: avoid eye contact as much as you can after being double checked, because you’ll have to show that you are calm and YOU ARE NOT! Tip number two, don’t talk about it with another suspect after the screening; it will only magnify the feeling of injustice you have. Tip number three: WRITE about it if you can.

OK, boarding will start in a few seconds, so I have to go. Oh and just for the record: I’m NOT a terrorist! 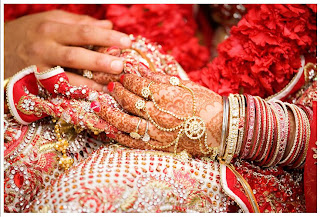 A father drying his tears of joy; a mother’s gaze overflowing with tenderness and pride; The bitter-sweet separation that one day has to come. Then smiles illuminating the place. A young lady with a graceful lowered gaze, a serenely happy young man… and an oath to love and cherish each other for the rest of their lives.

A joy which, at moments turns into tears, and others turns into laughter… or simply translates into eloquent sparkles in the eyes. Blessings and tight hugs of congratulations; ornamented landscapes, glittering colors, flowers and golden threads promising a bright future for the bride and groom.

Jenney and Amit, you made me realize that Bollywood movies are not just movies :)

You were real stars on your wedding days…

All my wishes of a long, happy life!!!